The militant art group Guerrilla Girls presents a retrospective exhibition,
for the first time in Greece,
at the Hellenic American Union

Guerrilla Girls was formed in April 1985 when a group of anonymous activist female artists came together to protest an exhibition of art and sculpture at MoMA in which women artists were greatly under-represented.  The group has continued ever since to critique the male domination of the art world through protest projects that use the most unorthodox tactics imaginable and to turn their protest into fruitful creative action.

The “conscience” of the art world, as they call themselves, Guerrilla Girls wear gorilla masks in all their public appearances, and zealously conceal their identity. With facts and caustic humor as their weapons, they denounce the injustice of a system that deliberately and systematically places women and minorities on the margins of society.

Two members of the Guerrilla Girls will be present at the opening of the exhibition, which features some of the most characteristic and important large-scale banners and posters from their 22 years of activism. 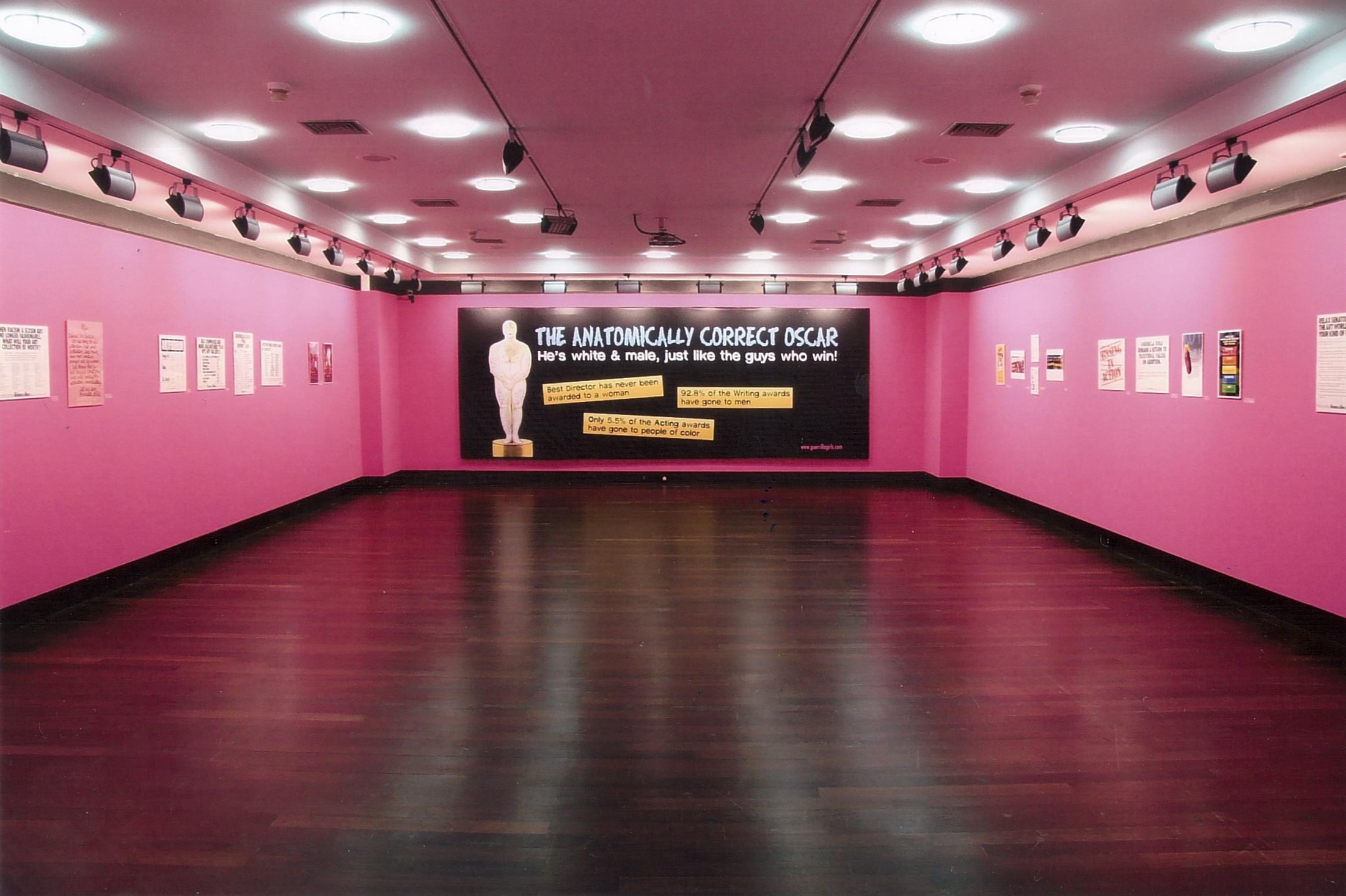 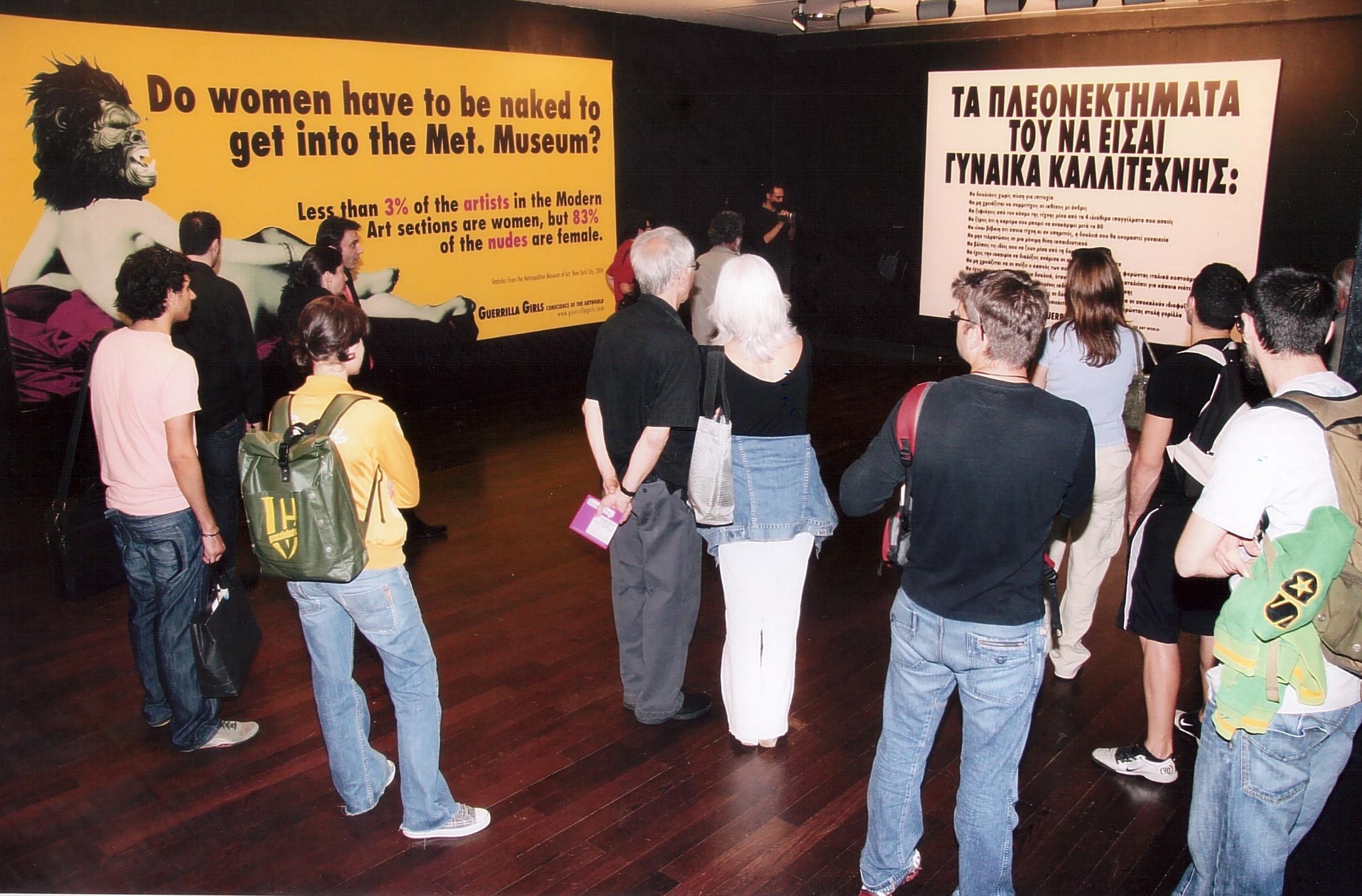 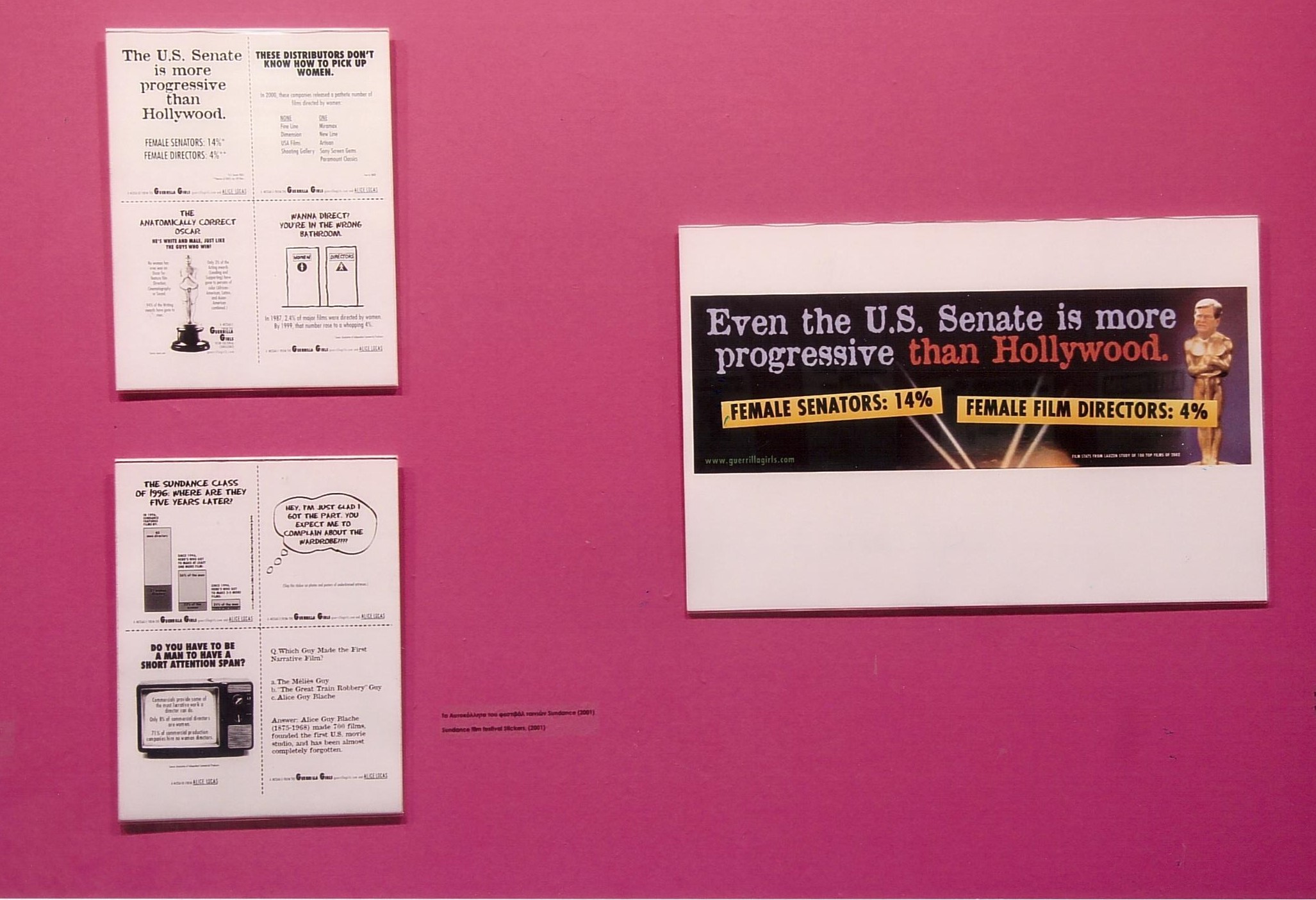